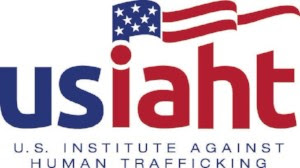 President Trump announced in January at the White House Summit On Human Trafficking organized by Ivanka Trump, that as part of his Executive Order on Combating Human Trafficking and Online Child Exploitation in the United States, he would expand the Domestic Policy Council to include an office to focus on combatting domestic human trafficking.

“The U.S. Institute was elated in January when President Trump announced a new White House office to combat domestic human trafficking, something we had advocated for nearly three years,” said Malone. “We are especially excited that our friend Heather Fischer has been appointed Special Advisor for Human Trafficking. I have worked alongside Heather on many efforts to stop human trafficking in the United States and abroad. She is one of the most passionate and capable champions in this fight and will be an invaluable ally for those of us on the front lines fighting this scourge.”