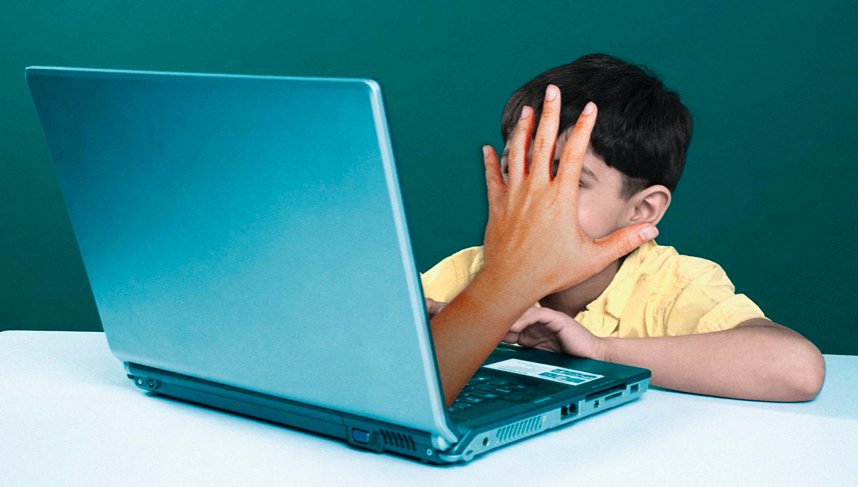 The U.S. Institute Against Human Trafficking is asking all of you and all Americans to remain diligent in monitoring our kids online activities as our nation continues to struggle with the Covid-19 pandemic.

Last January, while the U.S. economy was humming and fear of a global pandemic was non-existent, St. Petersburg, Florida Police investigators found a 16-year-old boy in a local feces ridden house trailer where he was being tortured and used as a sex slave by adult men.

The young boy had been missing from his home in Louisiana for nearly a year and living with four adult males at Silver Lake Mobile Home Park. According to police reports, Mark Dennis, Andrew Clements, Curtis Gruwell, and Michael Schwartz, all charged with conspiracy to commit human trafficking, lived in the trailer with the boy surrounded by “whips, leather masks, and bondage tools.” Dennis called himself the “Grand Master” and referred to the other men and the boy as his “pups” during bondage rituals.

The boy was lured by his traffickers through online video games and delivered to his traffickers from Louisiana to Florida by a family acquaintance. He was continually raped inside the trailer as neighbors and friends were unaware of the horrors until seeing the arrests in the news. As the boy was regularly molested, he received no medical care, education, or any contact with the world outside the trailer park.

Fast forward over one year later. The U.S. economy has ground to a near-total halt, and a global health crisis grips the nation. Kids spent more time than ever at home and glued to electronic devices while schools across the nation were shut down. States across the country struggle with the decision whether or not to close public schools this Fall.

As parents and kids spend more time at home, Americans increasingly turn to radio, television, and the internet to provide an education and to pass the time until in-classroom instruction begins. According to Forbes, total internet usage in the United States has surged by 50-70 percent during the pandemic shutdown. March data collected by SuperAwesome, a children’s technology company, shows web traffic to kid-focused apps and digital services have increased by nearly 70 percent in the U.S.

As more American kids are isolated at home and spending more time on their digital devices, it is creating new opportunities for sex traffickers to endanger our kids. Sexual predators are using the COVID-19 pandemic and the increased online exposure to their advantage in order to recruit new victims and hide those already being victimized by sex trafficking.

On March 16, the Federal Bureau of Investigation (FBI) issued a public warning to parents about the dangers of human traffickers using popular online platforms to recruit young people into human trafficking. Human traffickers utilize online platforms, including dating apps, Facebook, Instagram, and as was the case of the boy rescued in Florida as well as hundreds of other cases around the country, online gaming consoles are used to find and recruit potential victims.

The pandemic gripping our nation has interrupted our daily lives, but the operations of sex traffickers have not been interrupted. Online sex predators and human traffickers are actively pursuing paid sex with young people, and with more kids online and not in the classroom, traffickers and buyers have a more captive audience to lure victims.

Law enforcement continues to combat traffickers both in the streets and online during the COVID-19 pandemic. Still, it is up to parents and other caretakers of our nation’s children to pay close attention to the online activities of young people as we remain sheltered at home, and pay even closer attention to their kids activities as schools implement online learning.

The lives of thousands of kids are at stake, and it is up to all of us to remain vigilant in fighting the systematic buying and selling of our youth.

Children Sold for Sex Are Not Criminals

Proclaiming freedom to captives: Why the Church must resolve to combat trafficking

Op-ed: Indiana is a hub for sex trafficking. But Hoosiers can help rescue victims.

STUDIES SHOW THAT UP TO 36% OF SEX TRAFFICKED CHILDREN IN THE U.S. ARE MALES.

Discover how you can help identify Minor Male victims of sex trafficking by attending our webinar.  This webinar is hosted by John Long who is the Executive Director for USIAHT’s Boys Safe Home.